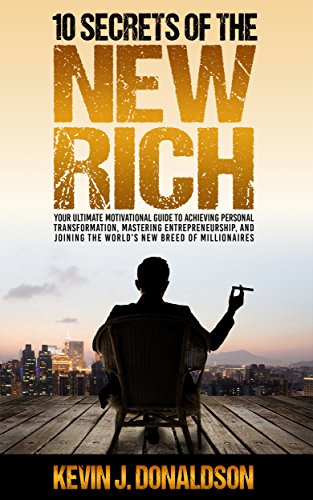 THE RULES OF BUSINESS SUCCESS HAVE CHANGED

☆★☆ Read this book for FREE on Kindle Unlimited NOW☆★☆

Could You Be Following the WRONG Rules for Business Success… And They’ve Kept You POOR All Your Life?

It’s a fact that entrepreneurship is difficult. But here’s another fact: It’s even MORE difficult when you follow the WRONG rules for business success… especially when you’re not even aware of them!

The rules of success have changed. When you follow the OLD rules, it means you’re playing the OLD game – and the old game ALREADY has winners. The big corporations already have a stranglehold over the old game, and you’re basically playing for scraps without knowing it!

It’s time to move to the NEW game, with its NEW rules and its NEW objectives. In this game, everyone can be a winner… because we’re not out to beat each other.

In this new game, we’re all in this together!

Can Anyone Really Be a Successful Entrepreneur?

I went through my own share of failures in my life. I got kicked out of school three times. I failed my licensure exams twice. My first business went bankrupt. My second business accumulated more than one million dollars in debt. And then, just when things were looking up, the 2008 Recession happened.

Amidst the pain, frustration, and massive self-doubt, I decided that enough was enough. I was following rules that led me to one failure after another. I decided that from then on, I was going to follow what works.

And throughout the whole journey of moving from being a complete failure to becoming a great success in business, I realized: The rules of business success have changed. Today, it’s no longer about crushing the competition.

“Today, the best way to get rich is to help OTHERS get rich.”

Friends, THAT is the new game. And that’s the game you’ll learn to win in the 10 Secrets of the New Rich: Your Ultimate Motivational Guide to Achieving Personal Transformation, Mastering Entrepreneurship, and Joining the World’s New Breed of Millionaires.

If You’ve Been Struggling Up Until Now, Here’s What You Need to Know

The 10 Secrets of the New Rich is NOT another book about business philosophy and brick-and-mortar entrepreneurship. As we’ve already discussed, that’s “old school.”

Instead, the book is about NEW rules, NEW secrets, NEW strategies, and NEW methods of building wealth. They are basically the secrets of 74% of America’s millionaires today – most of whom run simple businesses straight out of their homes in the suburbs.

-The (horribly) WRONG ideas about business that you’ve been taught all your life… and how to replace them with the ideas, habits, and beliefs of today’s new breed of millionaires

-The marketing strategies that are a complete waste of time and money… and how to find dozens of new leads for your business every single day, with a minimal time and financial investment

-The WRONG ways to manage your personal and business finances… and the new methods to make sure your business stays in the black even in an uncertain economic climate… and Much More!

Friend, the choice is yours: You can either follow “the way it’s always been done,” and struggle as you try to carve a niche under the shadows of the world’s mega-companies…

Or you can play the NEW game, follow the NEW rules, and become part of the NEW rich… and bring others with you on your path to wealth, health, and happiness.

After you get your copy of The 10 Secrets of the New Rich, you’ll never have to go through the pain & frustration ever again… & finally start enjoying the freedom & flexibility that entrepreneurship promised you in the first place.

Scroll to the top and select the “BUY” button for instant download.