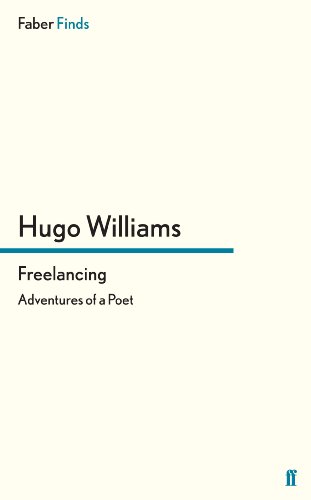 In 1988 Hugo Williams began to pen his ‘Freelance’ column for the Times Literary Supplement: a window that allowed him to exhibit the full panoply of his gifts as travel writer, literary portraitist, working poet, and all-round chronicler of the curious existence of the contemporary writer.

Freelancing is a collection of these TLS columns that finds Williams variously in Sarajevo, Central America, Jerusalem, Skyros, Portugal and Norwich. In the course of events he sees his Selected Poems published, his mother dies, his wife inherits a chateau and he crashes his motorbike. He reads and teaches, as most poets do, but also strolls through Paris dressed as Marlene Dietrich, encounters some of the great and good, and explores his personal history. His account of these adventures, reflections and discoveries is elegantly turned, frequently hilarious, and at times surprisingly poignant.