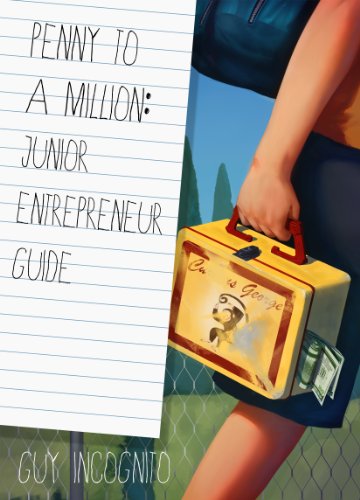 Growing up, Guy Incognito was driven to make money on his own.

He wanted to buy candy, comics, and video games like all the rest of his friends. But more than that, he wanted to buy my own clothes because his mom dressed him like a little boy version of a clown.

He learned to be an entrepreneur early on, and has been one ever since.

After he grew up and became an author, he wanted to write a book about a boy like him. He named that boy Kelly and put him to work earning his first million dollars in the book, Penny to a Million.

Once finished, he wanted to give young readers a practical guide that could help them apply some of the things they learned in the book. So he wrote the “Penny to a Million: Junior Entrepreneur Guide” and put it at the end of the book. It’s also available here.

Penny to a Million is an awesome story, and you should read it. But even if you don’t, this short guide will help you get smarter faster, and encourage you to start thinking about your future sooner.

˃˃˃ If you want to read Penny, simply click the link below.