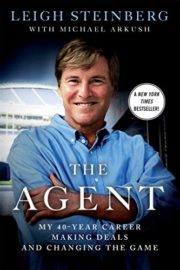 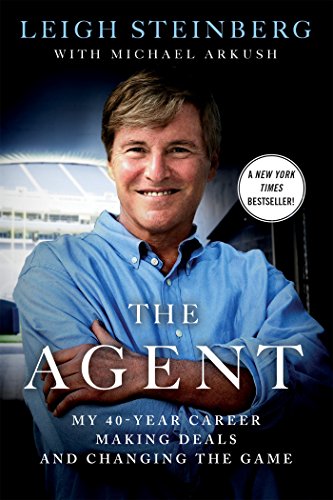 The real-life “Jerry Maguire,” superagent Leigh Steinberg shares his personal stories on the rise, fall, and redemption of his game-changing career in the high-stakes world of professional sports

Leigh Steinberg is renowned as one of the greatest sports agents in history, representing such All-Pro clients as Troy Aikman, Bruce Smith, and Ben Roethlisberger. Over one particular seven-year stretch, Steinberg represented the top NFL Draft pick an unheard of six times. Director Cameron Crowe credits Steinberg as a primary inspiration for the titular character in Jerry Maguire, even hiring Steinberg as a consultant on the film. Lightyears ahead of his contemporaries, he expanded his players’ reach into entertainment. Already the bestselling author of a business book on negotiation, the original superagent is now taking readers behind the closed doors of professional sports, recounting priceless stories, like how he negotiated a $26.5 million package for Steve Young―the biggest ever at the time―and how he passed on the chance to represent Peyton Manning.

Beginning with his early days as a student leader at Berkeley, Steinberg details his illustrious rise into pro sports fame, his decades of industry dominance, and how he overcame a series of high-profile struggles to regain his sobriety and launch his comeback. This riveting story takes readers inside the inner circle of top-notch agents and players through the visionary career of Leigh Steinberg, the pre-eminent superagent of our time.