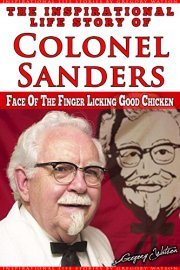 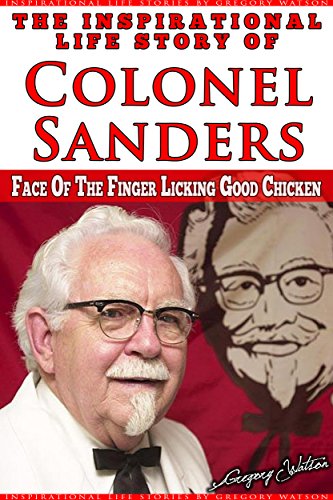 Colonel Sanders has become an icon of the popular chain restaurant known simply as KFC. We’ve seen his smiling face on signs, advertisements, and that oh so famous bucket of golden delicious chicken.

Who is the man behind the icon though? What do you really know about him?

Find out how Harland Sanders became the Kentucky Fried Chicken icon that he is today. From humble roots a world icon, follow the story of this crowned Kentucky Colonel.

Was he truly a military man? Find out the truth of his rank. Read more about his early struggles and failures. What might have knocked down a lesser man only fuelled Sanders. Learn about his role in starting the all-popular restaurant and how it almost didn’t happen.

Harland Sanders’ life was about much more than fried chicken. The man whose face became synonymous with “finger-lickin’ good” chicken used hard work and perseverance — not to mention a little luck along the way — to become recognized as Kentucky’s most famous citizen.

Comments From Other Readers

“The life of Colonel Sanders is really an inspiration. With little more than a 6th grade education he elevated himself above his humble and less than auspicious beginnings to become a world-renowned icon. From military service, to Law School, and finally one of the world’s most unknown and yet recognizable business men, Sanders led a life that would have beaten down a greater man only to rise above it all. This book takes you on a short journey through his life, giving a snapshot glimpse of the treasured American icon.” Charles – Wyoming (US).

“This is a great story Colonel Sanders writes about his very interesting life.

He was a sixth grade drop-out who later worked as a fireman, railroad worker, and lawyer among other things. His business sense was remarkable, he worked his way through the depression and seemingly never stood still long. I can really admire him. This book was well written and a quick read that will really fill in some of the blanks about who he was.” Samanta – Nebraska (US)